Click Picture above for info for Oct 30th performance at 7pm!

1954 – 1964. What does that mean to you? Trying times in America, not unlike today, but certainly dwelling on a different set of circumstances. This is World Premier music written and centered on and around this decade in history by composer, educator and trumpet master Wadada Leo Smith. Just thinking about this time in history brings immediate images to mind.

with the Golden Quartet; the trumpet representing the sounds, strife and voice of a man and a people. Space is a major player in the texture of the story of “Dred Scott, 1857”; an emancipated slave who brought suit against his oppressors for his freedom.
You can feel the beads of sweat on the brow of sound, the calm beauty, on fear and such strength in communication and delivery of poignancy. We look through the fisheye of the future as the images on the screen have us existing in two-dimensional paradigms.

“Malik Al Shabazz and the People of Shahada” starts with a wavering image. Malcom’s X, meaning I have no last name here in America as I search for my truth and the truth of my people. The representation of an ideal, a voice, and a belief in righteousness are the pursuit of justice. As we listen, the images brand the sound to our souls and there exists perplexity in existence. How does a black man deal with the heaviness of a mindset of an entire people? The light of day, the smile of love and the gaze of children provide hope and inner peace.

MURDER: Wadada paints in a stream of emotions and colors; fear, strength, love and uncertain destiny as the portrayal of “Emmet Till” begins! The huge screen shows embossed images of the trumpet player as well as the rest of the musicians with artistic waves of ghosting sensitivities vibrating across moving images. When the color of darkness gazes upon a lighter shade of loveliness, as naturally involuntary as human emotions are, fear strikes down upon the innocent.

The sweet cries of the South West Chamber Ensemble, conducted by Jeff von der Schmidt, are warm and enveloping in the lovely caress of our souls. Like a woman’s arms we are loved, coddled, and then sent out in the world to experience new adventures as the Golden share the sonic sandbox with the Ensemble. “Black Church” is the piece that inspires dramatic intensity on a bed of love as contemplation opens the door to past, present and future, all in this one moment. Words and meaning with no words, only understanding.

A picture of a black man speaking about the freedom and rights to vote sets the scene for “Freedom Summer Voter Registration, Acts of Compassion and Empowerment, 1964”.  As the Susie Ibarra drums a succinct beat, the trio grooves to the embodiment of syncopation. As you reach the pinnacle, the number of notes represent the year. It is 1964 and there was pride, bravery and heads high to the sky as you imagine a voice speaking for rights of equality. One black man in a sea of clouds; who will listen, who will hear and who has the courage to refract against a sea of clouds to be a shimmering light and step out on the side of darkness? One day our paths will not avoid each other but make beautiful connections in the harmony of togetherness, gliding on the currents of sound!

The march of the drum sounds off at “The DC Wall: A War Memorial for All Times”, remembering love, honor and duty. We serve but who serves us? We fight, but does our country fight for us? Who remembers our dash and who will tell our story? Will history shine upon us with accuracy or wipe us out of the pages and teach a new generation that the inference is insignificant? These are the questions that the irreverent sounds of Wadada’s mute portray.

There was a man unafraid to shine the spotlight the darkness, his name, John Fitzgerald Kennedy Jr.; a speaker of truth and justice for humanity. “John F. Kennedy’s New Frontier and the Space Age, 1960” represents an ideal of inhabiting a planet with love and togetherness and as that ideal rose up, it was silenced; an indication of underlying fear in a society of supposed freedom. We can send a man can walk on the moon alone but we cannot occupy the streets together. The dichotomy of knowledge and ignorance are two sides of the same coin. One the one side all smiles, on the other all lies.

Why three nights? Well this is history and it certainly can’t be told in 90 minutes. The music blends with the moving images in your mind making you the director, choreographer, conductor and for those of you alive to witness the atrocities and triumphs, the star.

There is an image on a trumpet and the musician is playing but we hear no sound. We watch on in silence and feel the relationship of the mute, the horn and the body. The musicians have turned toward the screen with their backs facing us. We are all focused in silence.

The film stops and the music starts like a cocoon in spring about to spread its wings for the first time, wing that unravel into precious beauty; “Butterfly Silver” Wadada leads the Golden quartet to capture the dew of spring and the beginning of beautiful flight. The rhythm John Lindberg’s bass is a walk down the neighborhood towards the unknown. Confident and fully equipped for whatever crosses the path. The trio is deep and the dark sound is like rich sweet chocolate. And then the strings, as the image of shimmering currents of water turn into living art on canvas. Colors appear and reappear shaping thought and bonding sound with frequencies on high. 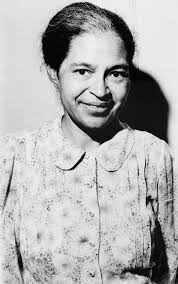 It is hot and with the rise in temperature is a rise in tension when Rosa does not budge; “Rosa Parks and the Montgomery Bus Boycott, 381 Days”. Confusion surrounds but insistence prevails. No laying down for the law but standing up for equality. The power of thought created a massive movement, physically and musically speaking.

The awaking to a new day is filled with so much sound. The Southwest Chamber Music Ensemble world unfurls individual sounds that turn into full on motion. From dew on a blade of grass to a trip down the highway and everything in between, you visualize the spectrum in “In the Diaspora, Earthquakes and Sunrise Missions”

March on! This road is lonely but belief in righteousness is the sprit of strength that turns a flicker to a flame.  “Fannie Lou Hamer and the Mississippi Freedom Democratic Party, 1964”. Again, the voice of the trumpet speaks truth to a nation and system that can and will change for the better. Anthony Davis spins the world in 360 degrees with conscious circling truth like roulette; Red or black odds and someone will be the victor.

Lindberg’s solo on bass is phenomenal, and with Susie Ibarra joining in on drums, they are the driving force. The vehicle slows down and Wadada takes the wheel steering the sound through light cacophonous density towards an emergence in peace.

The tympani and drums exchange as “Lyndon B. Johnson’s Great Society and the Civil Rights Act of 1964” begins with an image of L.B.J signing a document into law; Martin Luther and a room full of official politicians look on. On that day, history seemed to be on the side of justice.

Wadada says that all of these characters say something about Americans. Civil rights are for all kinds of people not just Africa Americans. He implores us, as a new generation, to solve this perpetual problem. We cannot have our future replicating itself. We have the most powerful tool within us and can certainly stop the cycle simply by emanating our love.

Two images flashing back and forth, back and forth with tempos so fast the subliminal message is one; like taking your fingers and flipping the pages of hand drawn stick figures in natural movement. Silence is Golden and then strings magically appear to take us on a final journey as they play in a pasture of sound traveling down the rabbit hole of adventure.

“Thugood Marshal and Brown vs. The Board of Education: A Dream of Equal Education”
A Love Supreme representing truth and justice for all hues gets a drum roll with the red carpet and formal announcement of arrival. The image is carbonated and as the bubbles flow in on direction, the Golden Quartet locks into a deep Blue Note groove. Wadada interjects phrases signifying the mastery of pride and confidence. He switches to mute for nostalgia significance singling out one long sound for the individual unmatched accomplished note of achievement. The Argo is low yet its unabashed beauty stirs the energy up to the pinnacle of creativity sparking hoots and hollers from an otherwise quiet but amazing audience of open ear listeners.

“The Freedom Riders Ride” as Davis’ Monkish blue chords activate the Golden quartet into high speed. Silence and space take us to different dimensions as we skate, run, slide and float on sketches of our American landscape. Time and place are of the utmost importance and everything is relative and relevant!

With “Little Rock Nine: A Force for Desegregation in Education, 1967”, the ensemble, the quartet and an images of wavering bricks transport us into zone where helmets, guns, and uniforms march the streets. Those bricks are the walls and stairways where 9 black students seeking a better education are escorted and blasted for their bravery. Risking life simply for the desire to be on par with other Americans in the prism should not a fable Faubus! Justice and equality ring through the bell of Wadada’s trumpet. Followed by the aftermath of sorrow and cries of why. How many times must persecution be administered by the foes of evil before we realize the we all  bleed crimson. One drop spilled is far too much.

Okay, yes, I will use my strength to carry on and prosper. I will stand on boxes, climb mountains and shout from bridges and your message will be heard.

there was Martin. And so it has been written in the minds and pages of time; Let Freedom Ring!

This entry was posted in Jazz Articles, Main Page. Bookmark the permalink.